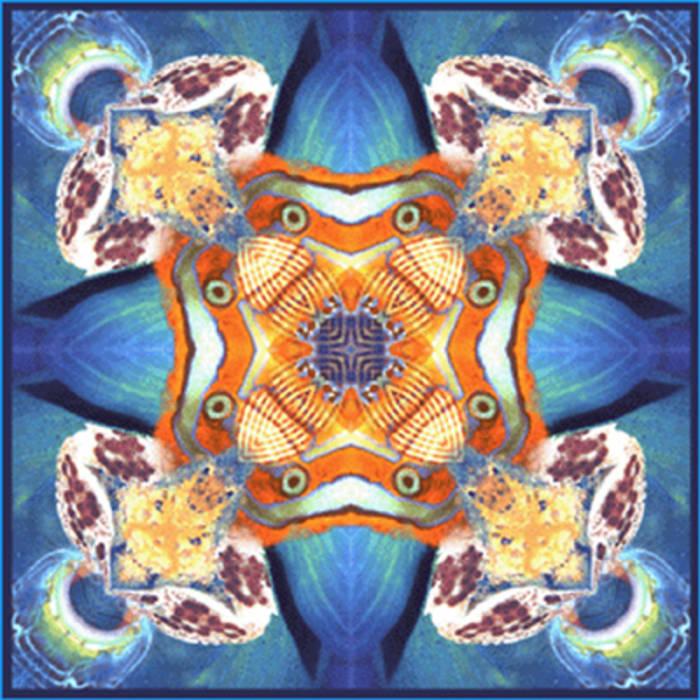 Following the theft of all his studio gear in 1997, lacking funds to replace it, and needing something to work on, Manning bought a Roland MC505 Groovebox. It seemed like a good idea at the time : a wide variety of sounds, on-board effects, not stupidly expensive, etc etc.

This proved to be a very frustrating move. All the MC505's sounds are sample-based, and so there is no capacity to fundamentally change their core character, plus all editing is carried out within a nest of menus on a tiny lcd screen.

For these, as well as other life-change reasons, it took a long time for new material to emerge. The spur to complete the collection was Baked Goods' offer to pay for all manufacturing costs in return for distribution rights. It's doubtful that Baked ever recouped those costs, but the offer was greatly appreciated.

All pieces were written from scratch in an early windows-based version of Cubase, recorded direct to a DAW using the MC505's internal mixer and effects.


“ Anthony Manning transgresses a number of boundaries with this 4-track ep, his first foray since the critically acclaimed Concision lp in 1997. The sound herein is somewhat tricky, both in its formal and aural conventions ; using a wide cross-section of equipment, Manning really marks out his own sonic lair. Immediate impressions might coalesce around circus and carnival influences, but the general sonic tendency is not Barnum & Bailey. His song structures are strong, with well-realised flow and closure. Explore his sound; it's not something one can really finger easily. ”
xlr8r 11.01

“ Composed entirely on an MC505 Groovebox, Manning yet again displays an uncanny and faultless ability to conjure up timeless pieces made from the simplest base elements. A record that's impossible to compare to any contemporary work within the genre, Liquid Quartz brings across a sound that, while retaining an electronic aura, brings to mind the structural complexities of classical composition. The resulting sound is utterly unique. Take, for example, the sublime closing track, an almost playful assemblage of piano sounds, harpsichords, and a percussive line that brings to mind Stewart Copeland's mesmerising sondtrack for the Rumblefish film. This is a joyfully fresh collection of new work from one of the true greats. Immerse yourself. ”
baked goods

“ Nicely syncopated, very musical electronica that gets close to the eerie studio alchemy of Coil, but without the creeping dread or William Blake references. A special little record that hints at greatness to come. ”
muzik 7.01

“ Four fractured glories fom Mr Manning that show his love of classical music as much as a penchant for Aphex-style obtuseness. It's stuffed full of melodies but Manning wraps them around rhythms that sound like they'll dissolve if you play them too loud. There's enough bleeptastic vibes going on to satisfy the electronica fetishists but enough tunes to satisfy us nomal folks. Refreshingly individual. ”
worldpop.com

“ Strangely melodic IDM that straddles the netherzone between neo-classical composition and abstract ambience, this four-track ep is more beat-oriented than Manning's previous work, but it's just as enigmatically beautiful. ”
alternative press 12.01

“ Manning returns, and of course immediately shoot all these Irdial plates through the head, and one wonders what such people so umtreibt. A1 begins somehow oriental, with comical Riven-moderate percussion, short Digitalchorsprengseln and all kinds Orgelei. Once in Adventure, Adventure always thinks Manning and does so on. Merkwürdige Hakelgrooves struggling with comic samples. Bad is not just hit it ... not really, although the B-side 303 and spinet to come. It belibt mystical and somehow ethno. Hmmm. I think Liquid Quartz has its own label. ”
de-bug.de